Being a single parent is difficult. Though life is whirling by faster than the Spinnaker at the city fair, who has time to stop and figure out all of the unresolved emotions a single mom or dad should be handling, emotions such as accepting a circumstance you didn’t ask for or letting go of what you can’t change.

When I was a new single parent a friend gave me a money order for counseling. As I was leaving the counselor’s office one afternoon, he commented, “Well, Pam, it looks like you have unresolved emotions.” I thought, “What in the world are those?” After all, who had time to decipher codes like that? All I had time to think about was the next emergency to be taken care of by a two or a three year old like, “Help, Mommy, help! Gimme a gink of juice.”

Friends, there are many books on the market about single parenting and tips on how to raise the children alone, but few about your own emotional health. That alone, along with my counselor’s remark about my unresolved emotions, led me to write The Single Mom and Her Rollercoaster Emotions, endorsed by Focus on the Family, due for release March 30, 2014. And though it primarily addresses single mothers, the principles of wholeness apply to all of us.

So what about emotional fullness, and how do we find it? In my book, you’ll uncover eight debilitating emotions single parents face along with the answers found in God’s Word. Two of the emotions mentioned deal with the aftermath of devastation and the challenge of accepting the present and letting go of whatever it is that holds you back.

Acceptance
I recall sitting on the curb crying after my first husband left me. Carol, my neighbor across the street, saw me through her kitchen window and came to my side. Her words did not give me the words of hope I desired. But they did jolt me into another mindset that began my process toward recovery. “Pam, it’s time to let your marriage dreams die and ask God to bring about His something new.” It was time for me to accept what “is” – I am single… and trust God with “what wasn’t” – I’m not married anymore. Acceptance means throwing yourself into the river of God’s will and entrusting the outcome to him. Some things have to die through the process of acceptance; next comes the challenge of letting go and seeing life from God’s helicopter view. 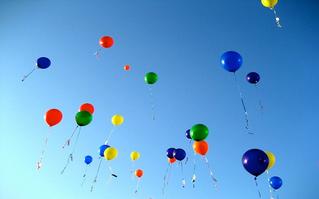 Letting Go
Years ago I read this poem at Scope Ministries. I’ve read it not once, not twice, but hundreds of times. In its truest sense, “to let go” means to give up control (whether it concerns a relationship or situation you can’t fix), and releasing all expectations and speculations to God. Accepting what is and releasing the results to God serve as the catalyst for emotional freedom. To let go is not what you think.

Pam Kanaly, popular author of The Single Mom and Her Rollercoaster Emotions and one of America’s leading advocates for single mothers, serves as cofounder of the single mothers’ conferences – Survive ‘N’ Thrive. Pam exudes with a God-given passion in seeing women know their value in Christ the King. She is the co-founder of the national organization Arise Ministries, having been featured on the 700 Club and other national programs.

View all posts by Single Sisters in University